‘The Lincoln Motor Corporation’ and called ‘Lincoln’ as the brand with the ‘Ford’ bit seemingly suppressed, which was the idea with the lower pecking order ‘Mercury’ range, but folk still called it a ‘Ford Mercury’.   Well there used to be

a time when some of us couldn’t get past calling it a ‘Toyota Lexus’. Could be a law, who knows?

The new Lincoln MKX  um..er.. doesn’t look like a Lincoln…. or should we say; appear big and springy like the ‘Lincoln Towncar‘ which is still a good few miles away from the market.  Nope!  The MKX is like a much smaller handsome fat boy.  (As for the other MKx/x/x/x or whatever they are or the difference, whodoeswhat.tv has yet to be privvy).

The new 2016 Lincoln MKX stands on its own and it is nice!  ‘Nice’ is not a particularly riveting word to use when describing this baby, but here it fits. The car is NICE!! It has cameras up the ying-yang giving 360 vision and some safety features that should keep you away from brain depleted cherubs and yourself in lane.   Lots of little luxuries as standard as you expect from Lincoln. However, if you are a ‘fat boy’ trying to get in it, be prepared for a bit of a squeeze (see the video).  The engine choice is a 3.7 litre or a 2.7 litre twin turbo, with boodles of horse power on each. Some might think; ‘Lincoln – that’s a bit small isn’t it’?  Well no! The MKX is about the same size as a medium sized 4 x 4 (which it is) and its nippy by all accounts. Well think about it; the first so-called magic Ferrari was a V12 but Mini Coopers were faster – weren’t they?

Now then now then… This is the new 2016 Lincoln MKX, it is NOT the new Buick Lacrosse although who quite peeks through whose factory window one is never sure because over the years Lincoln and Buick seem to go head to head with models which pop out of their mother ships having been probed by the same male 10CC – one would think. Whatever, the styling lines (although remarkably similar) of the new MKX might have the edge. Did you like the Ford Taurus or the Mercury?

The new Lincoln MKX doesn’t have a central gear stick either, but a sweeping consul so you can now reach over to your date without stabbing yourself or accidentally slipping it into gear on the stroke. Gone is the old level on the right of the steering wheel, the one you yang down to get going, which was/is so prominent with big American cars.. No this new Lincoln has the racing paddle. (Now why didn’t they do that years ago when us old boys were courting?)

Finally the price and the market segment: World-wide, the Lincoln MKX should do well, but in little ole’ Bahrain, Almoayyed Motors new Marketing lady is going to have her work cut out, gorgeous or otherwise. Countries have their traditions and with Lexus RX coming in within the same price bracket along with others, it wont be a wallet conflict of interest, because if you can go for a 20-30,000 Bahrain Dinar price range in cars, you are not going to be too bothered about the re-sale value, so it will be based mainly on choice.  Looking ahead though, some time down the line, a secondhand Lincoln MKX will be a very worthy catch. 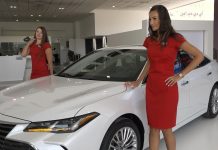 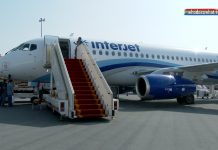 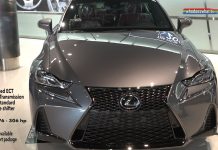